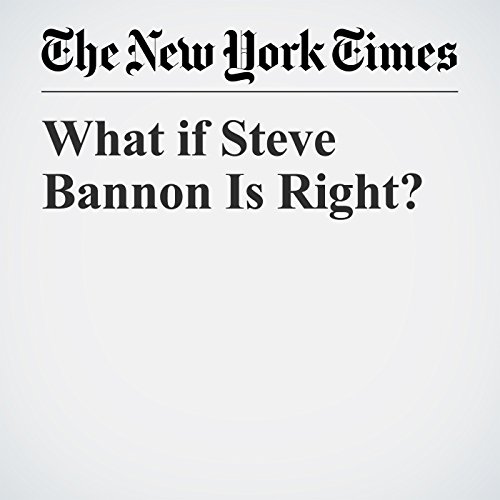 In normal times, you could bank the bet that a man who was a Russian stooge, gave comfort to neo-Nazis and spent his first year in office trying to take health care from 22 million Americans was going to get destroyed when voters finally had a chance to send him a message.

"What if Steve Bannon Is Right?" is from the August 25, 2017 Opinion section of The New York Times. It was written by Timothy Egan and narrated by Barbara Benjamin-Creel.