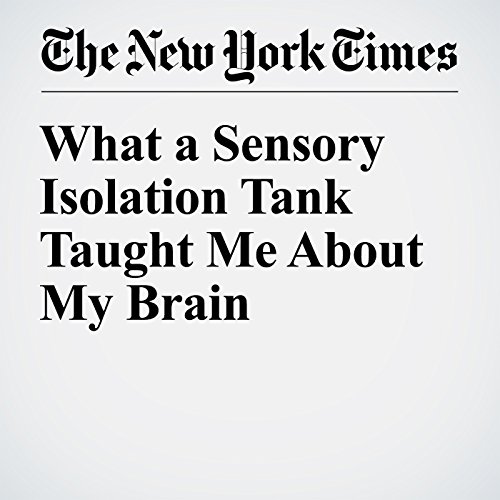 After some time, I became acutely aware that I could not feel my body, which I suppose was the whole point of depriving the brain of any connection to the physical world. I started to slowly move my hands and legs to reassure myself they were still there. Check. I had a vivid image of my phantom body; I knew intellectually that it was present, but couldn’t detect it in the normal sense.

"What a Sensory Isolation Tank Taught Me About My Brain" is from the December 31, 2016 Opinion section of The New York Times. It was written by Richard A. Friedman and narrated by Fleet Cooper.