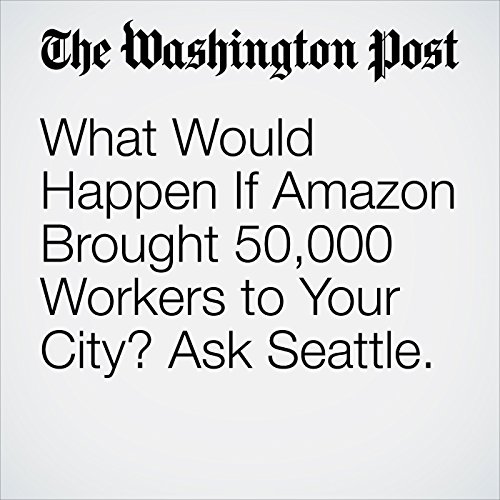 Amazon.com has driven an economic boom in Seattle, bestowing more than 40,000 jobs upon a city known for Starbucks coffee and Seahawks fandom. Its growth remade a neglected industrial swath north of downtown into a hub of young workers and fixed the region, along with Microsoft before it, as a premier locale for the Internet economy outside Silicon Valley.

"What Would Happen If Amazon Brought 50,000 Workers to Your City? Ask Seattle." is from the October 19, 2017 Business section of The Washington Post. It was written by Jonathan O'Connell and narrated by Jenny Hoops.