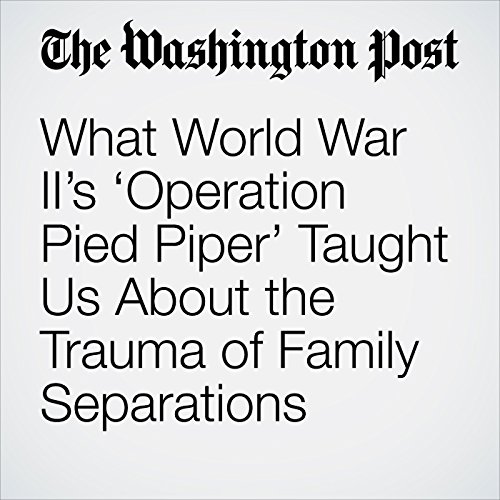 Nearly 80 years later, Pam Hobbs can still recall the day her older sister came home from school with a note that would alter their lives. All children in Leigh-on-Sea, the seaside village in southeastern England where Hobbs lived with her parents and six sisters, were to be evacuated that very weekend. Their schools were shut down immediately.

"What World War II’s ‘Operation Pied Piper’ Taught Us About the Trauma of Family Separations" is from the June 19, 2018 World section of The Washington Post. It was written by Amy B Wang and narrated by Sam Scholl.