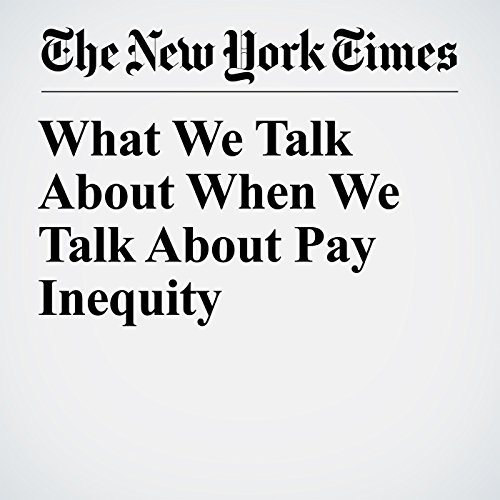 Early in her career, Jewelle Bickford, now a partner at Evercore Wealth Management, worked at a global bank in New York with a male colleague who was on his best behavior during the first half of the day, she said, but during and after lunch, his work ethic devolved. “When he came back, you would walk by his office, and he would have his head down,” Bickford said. “And you knew he had had quite a few drinks.”

"What We Talk About When We Talk About Pay Inequity" is from the February 03, 2018 Business section of The New York Times. It was written by Valeriya Safronova and narrated by Keith Sellon-Wright.