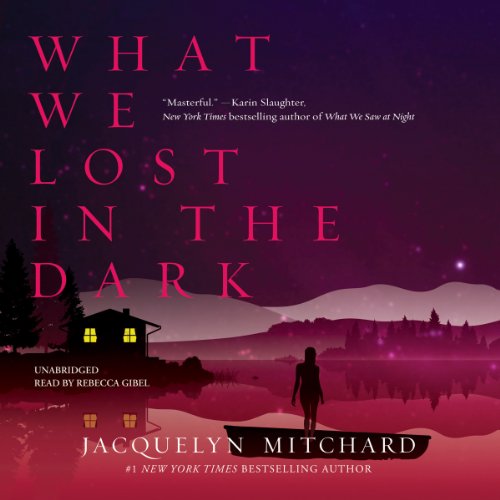 Allie Kim's deathly allergy to sunlight, XP, still confines her to the night. Now that she's lost her best friend Juliet to an apparent suicide, the night has never felt darker - even with Rob at her side.

Allie knows why Juliet killed herself: To escape the clutches of Garrett Tabor, whom the trio saw committing an unspeakable crime. Garrett is untouchable; the Tabors founded the world-famous XP clinic that keeps Allie and Rob alive and their small Minnesota town on the map.

Allie can't rest until Garrett is brought to justice, but her obsession jeopardizes everything she holds dear. Not even training for Parkour can distract her; nothing reminds her more that Juliet is gone. So, when Rob introduces Allie to the wildly dangerous sport of nighttime deep diving, Allie assumes he's only trying to derail her investigation - until they uncover the terrible secret Garrett Tabor has hidden under Lake Superior.

Cosa pensano gli ascoltatori di What We Lost in the Dark

I decided to give ‘What We Lost’ a chance despite only being lukewarm on its predecessor. Since book one lacked any resolution, I hoped that by actually getting to pay-off all of the set-up, book two could be an improvement.

Unfortunately, ‘What We Lost’ still suffers the same fatal flaw - a dumb heroine who’s plans are as scattered and ill-thought out as the authors vision for the story.

Allie Kim wants to go toe-to-toe with the serial killer that took her best friend but she is hopelessly, laughably out-matched. As in the first book, the second Ally gets any new clues her poorly thought-out plans lead to her being caught red-handed and losing the evidence.

It becomes clear early on that neither Ally nor the author know how to beat the omnisciently powerful killer. Since that leaves the reader just waiting for the convenient coincidence that’ll trip the guy up, I spent most of the first half wondering “Why am I bothering?

Sure enough, the killer plot is wrapped up with a neat little bow in act two leaving a meandering and unrelated act three that belonged in a different book. While I’m not saying the ending wasn’t affecting on its own merits, the story I followed for one and a half books was ended anti-climatically and with no thanks to the protagonist.

I simply can’t recommend the disappointing “What We Lost in The Dark”.