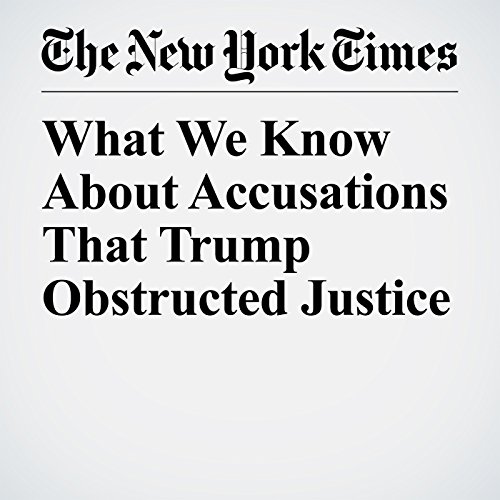 President Donald Trump’s assertion that he fired his former national security adviser, Michael Flynn, in part because he knew that Flynn had lied to the FBI about his conversations with the Russian ambassador — for which Flynn pleaded guilty Friday — has intensified accusations that the president committed obstruction of justice.

"What We Know About Accusations That Trump Obstructed Justice" is from the December 04, 2017 U.S. section of The New York Times. It was written by Charlie Savage and narrated by Keith Sellon-Wright.