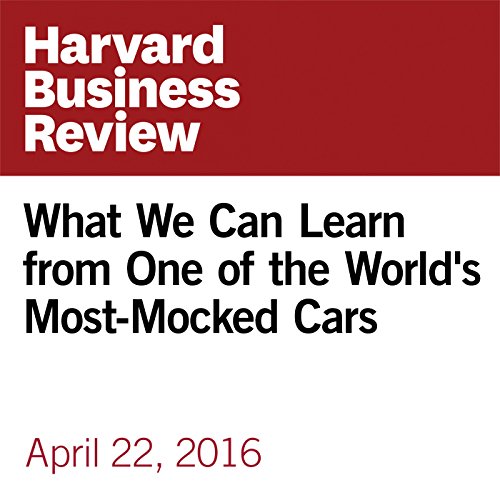 The most legendary of all communist cars was the East German–made Trabant, almost four million of which were produced between 1957 and 1991. Remaining virtually unchanged for over three decades, its 26 horsepower, two-stroke engine produced a maximum (downhill) speed of only 50 mph yet spewed almost 100 times more pollution into the air than Western cars. The plastic frame cracked and shattered upon impact and often needed to be held together by rope or wires. The car’s interior was cramped and uncomfortable, and the steering wheel–mounted gearbox required exceptional dexterity to operate.

"What We Can Learn from One of the World's Most-Mocked Cars" is from hbr.org, published on April 22, 2016