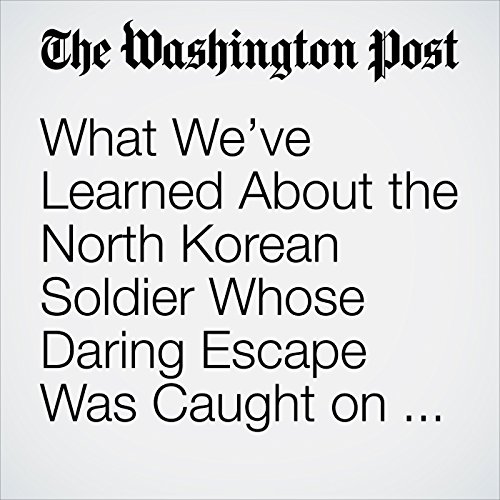 As the 24-year-old in the Korean demilitarized zone ran from his vehicle, his fellow soldiers came in pursuit, firing more than 40 rounds at him. He was hit at least five times — but clung to life as he kept crawling south.

"What We’ve Learned About the North Korean Soldier Whose Daring Escape Was Caught on Video" is from the November 24, 2017 WorldViews section of The Washington Post. It was written by Marwa Eltagouri and narrated by Sam Scholl.