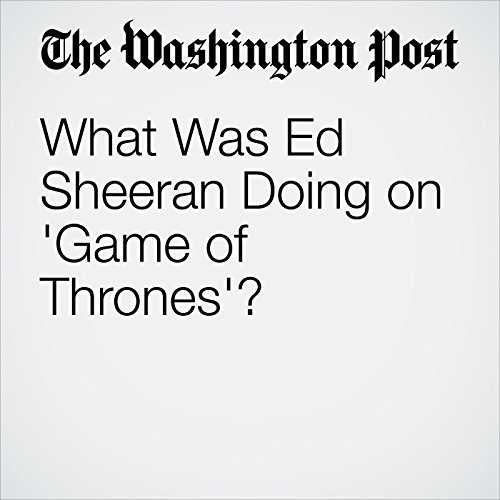 What Was Ed Sheeran Doing on 'Game of Thrones'?

There was a conspicuous addition to the cast during the Season 7 premiere of “Game of Thrones.” As Arya Stark made her way on horseback through the Riverlands after murdering the entire Frey clan, she was captivated by the sound of harmonic cheesiness floating on the breeze. She had stumbled upon a musically-inclined group of soldiers, including one played by pop star Ed Sheeran, who was leading a folk song.