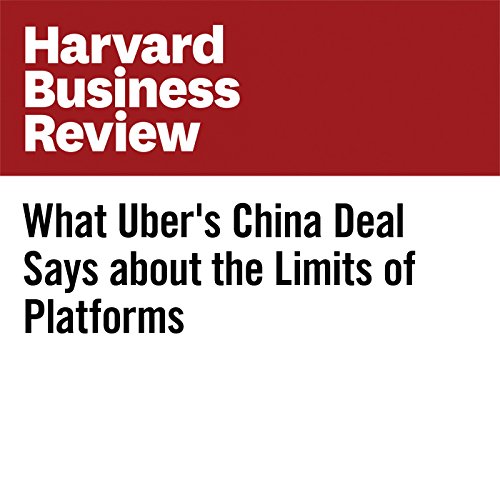 On August 1 Uber announced that it is selling its Chinese brand and operations to Didi Chuxing for $1 billion in exchange for a 20% stake in the local competitor. And that the two companies’ CEOs, Travis Kalanick and Cheng Wei, would take seats on each other’s boards. While the deal triggered a flurry of articles, they mostly have repeated the few facts that are known so far, with a few variations. At the company level there is general agreement that the merger for (near) monopoly will benefit both Uber and Didi Chuxing by increasing the profit pool in the Chinese ride-hailing market, but there’s some disagreement on whether this was Uber’s plan from the beginning. And at the country level, some have averred that this is yet another illustration of Chinese uniqueness, at least as far as US tech companies are concerned.

"What Uber's China Deal Says about the Limits of Platforms" is from hbr.org, published on August 10, 2016.