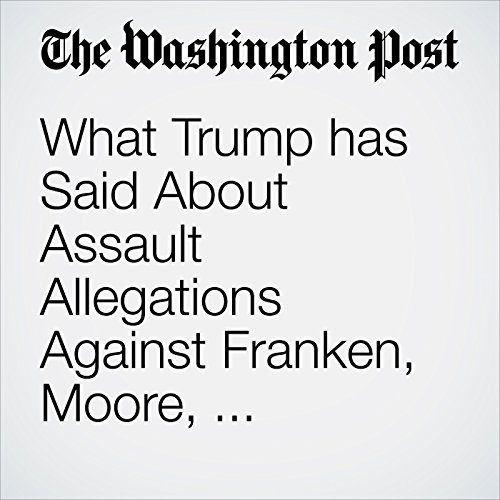 The president has been the target of allegations about inappropriate behavior that emerged last year during the presidential race. The Weinstein revelations marked a tipping point that led a number of the president’s accusers to wonder how Trump had managed to avoid similar scrutiny.

"What Trump has Said About Assault Allegations Against Franken, Moore, Clinton — and Himself" is from the November 17, 2017 Politics section of The Washington Post. It was written by Philip Bump and narrated by Jenny Hoops.

Cosa pensano gli ascoltatori di What Trump has Said About Assault Allegations Against Franken, Moore, Clinton — and Himself