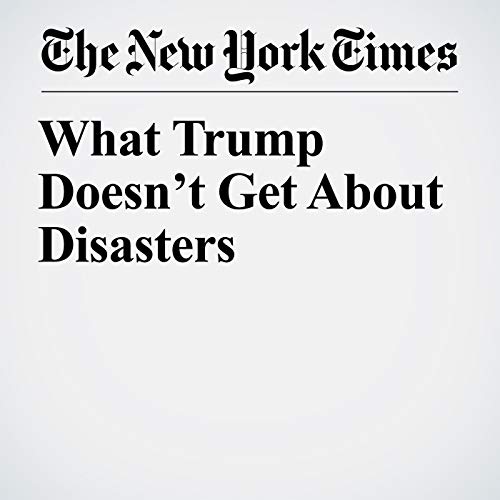 On Sept. 13, as the Carolinas braced for the winds and water of Hurricane Florence, President Donald Trump was busy responding to the storm that devastated Puerto Rico last year.

"What Trump Doesn’t Get About Disasters" is from the September 14, 2018 Opinion section of The New York Times. It was written by Scott Gabriel Knowles and narrated by Barbara Benjamin-Creel.