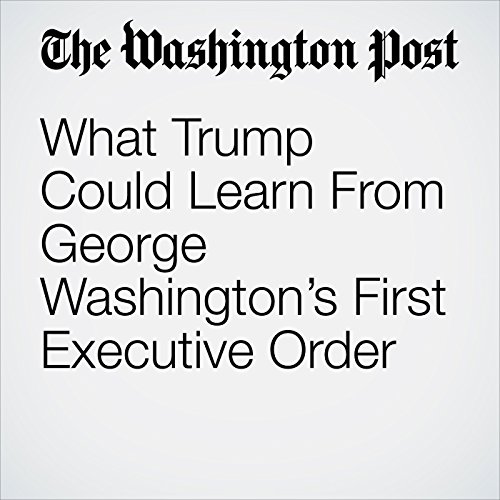 What Trump Could Learn From George Washington’s First Executive Order

It was 1789, he had just become the president of the newly minted United States of America, and he was about to issue the nation's first executive order — except it was more of an executive request.

"What Trump Could Learn From George Washington’s First Executive Order" is from the February 10, 2017 Politics section of The Washington Post. It was written by Cleve R. Wootson Jr. and narrated by Barbara Benjamin-Creel.