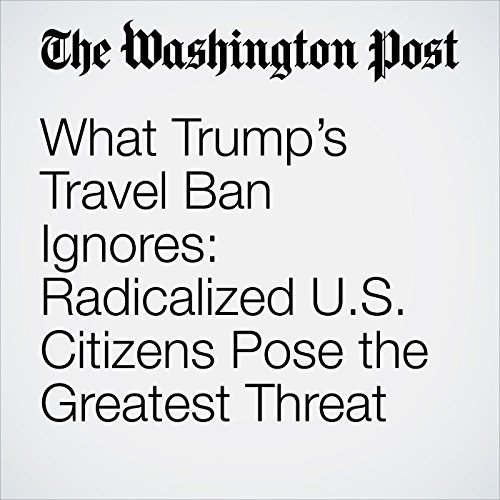 Good facts and good analysis make good policy. They guide decision-makers toward effective policies and prevent us from acting on ideology or singular events. This is why every meeting of the National Security Council, across multiple administrations, has begun with an intelligence briefing.

"What Trump’s Travel Ban Ignores: Radicalized U.S. Citizens Pose the Greatest Threat" is from the February 27, 2017 Opinion section of The Washington Post. It was written by Michael Morell and Robert Pape and narrated by Sam Scholl.