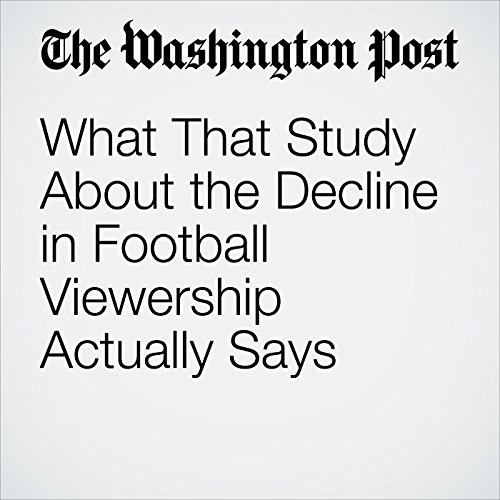 During the 2016 NFL season, something unusual happened: Fewer people tuned in. Broadcasters saw an 8 percent drop in viewership, according to ESPN, a drop that wasn’t unprecedented in a presidential election year but which caused no small amount of head-scratching.

"What That Study About the Decline in Football Viewership Actually Says" is from the July 27, 2017 Politics section of The Washington Post. It was written by Philip Bump and narrated by Sam Scholl.