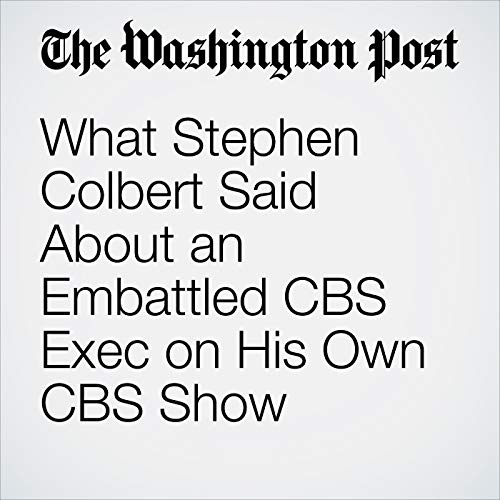 Following a CNN report that a CBS executive was accused of using sexually inappropriate and homophobic language, Stephen Colbert said it was an example of “powerful men protecting other men in power.”

"What Stephen Colbert Said About an Embattled CBS Exec on His Own CBS Show" is from the October 04, 2018 Arts and Entertainment section of The Washington Post. It was written by Lindsey Bever and narrated by Sam Scholl.