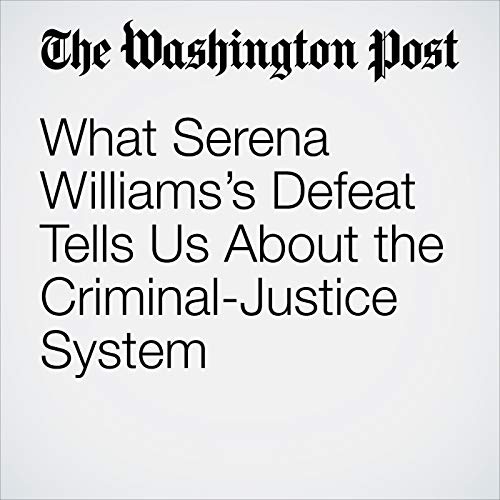 Responses to the U.S. Open women’s final between Serena Williams and Naomi Osaka quickly bifurcated into two angry camps: One claimed that Williams “broke the rules” and therefore deserved the consequences imposed by umpire Carlos Ramos that contributed to Osaka’s impressive victory; the other viewed the punishment as evidence of lingering sexism and racism in a sport that has a long history of both.

"What Serena Williams’s Defeat Tells Us About the Criminal-Justice System" is from the September 11, 2018 Opinion section of The Washington Post. It was written by Marc M. Howard and narrated by Sam Scholl.