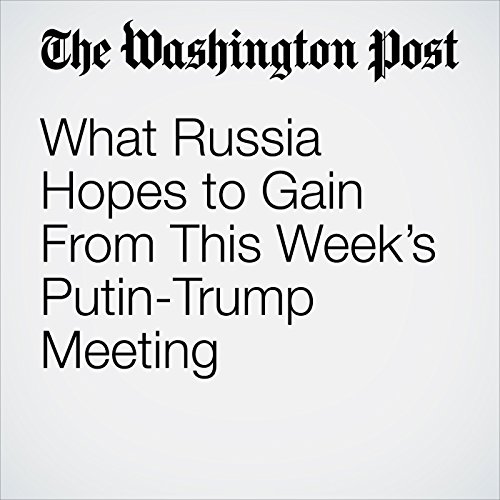 Nearly eight months after his parliament toasted the election victory of Donald Trump, Russian President Vladimir Putin will finally have his first face-to-face with his American counterpart Friday, on the sidelines of the G-20 summit in Hamburg.

"What Russia Hopes to Gain From This Week’s Putin-Trump Meeting" is from the July 05, 2017 World section of The Washington Post. It was written by David Filipov and narrated by Sam Scholl.