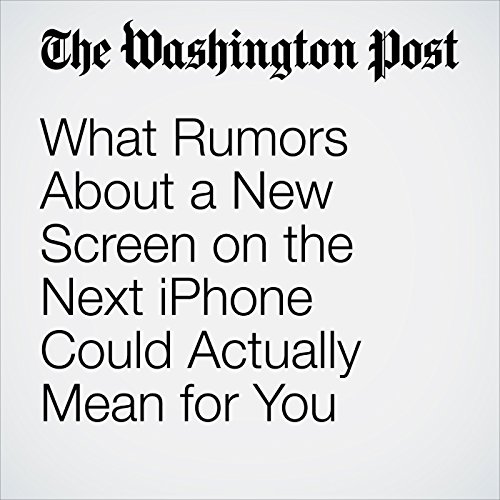 Early excitement about the next generation of the iPhone is building months ahead of an expected fall debut. Analysts expect Apple to release three iPhones this year, but the one getting the most attention is a rumored super-premium model to celebrate the iPhone's tenth anniversary. And, for that phone, Apple is expected to change the type of screen the iPhone uses.

"What Rumors About a New Screen on the Next iPhone Could Actually Mean for You" is from the February 17, 2017 Tech section of The Washington Post. It was written by Hayley Tsukayama and narrated by Jill Melancon.