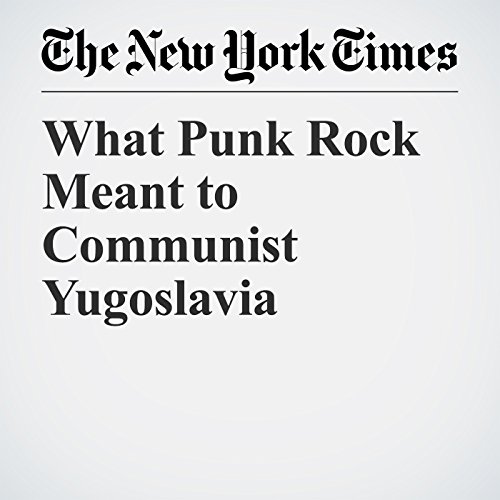 In Sarajevo, Yugoslavia, during the 1984 Winter Olympics, Elvis J. Kurtovic and his Meteors were performing a cover of Bob Dylan’s “Maggie’s Farm” in a stifling little basement hall before 300 wild punk rock fans. But it wasn’t Dylan’s rendition they were playing, it was their own, a deliberate extension that ostensibly was about Margaret Thatcher, the prime minister of Britain. But actually, Elvis J. Kurtovic and his Meteors were singing about — in an extremely brutal way that should have been unacceptable to the Communist authorities — Yugoslavia’s own prime minister, Milka Planinc.

"What Punk Rock Meant to Communist Yugoslavia" is from the September 21, 2017 Opinion section of The New York Times. It was written by Miljenko Jergovic and narrated by Barbara Benjamin-Creel.