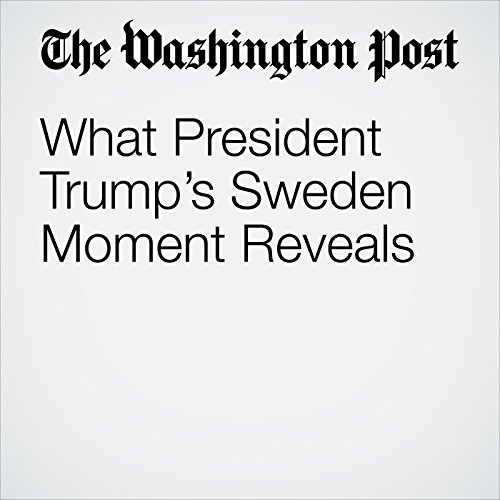 Trump insisted on digging his hole deeper. He tweeted: “Give the public a break – The FAKE NEWS media is trying to say that large scale immigration in Sweden is working out just beautifully. NOT!” Actually, Fox News was trying to say it was not working but unfortunately latched onto a disreputable source. (The Post, like other legitimate new sources, accurately reported, “The influx of refugees has not come without problems in Sweden, but mainstream politicians and immigration experts say the criticism has been disproportionate. In summer 2016, Swedish embassies were tasked to counter rumors or false information about Sweden’s experience with taking in large numbers of immigrants.”) We’d be curious to hear the horror stories Trump thinks have occurred in Sweden which justify his conclusion that it’s a nightmare.

"What President Trump’s Sweden Moment Reveals" is from the February 20, 2017 Opinion section of The Washington Post. It was written by Jennifer Rubin and narrated by Sam Scholl.