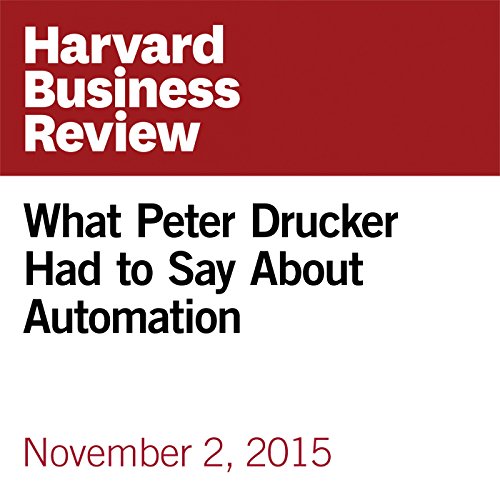 What Peter Drucker Had to Say About Automation

In discussing his new book, Machines of Loving Grace: The Quest for Common Ground Between Humans and Robots, the journalist John Markoff pointed out how polarizing the subject of automation and its effect on employment tends to be.

“You can go from the International Federation of Robotics on one side, which argues that we are on the cusp of the biggest job renaissance in history, to Moshe Vardi, a Rice computer scientist, who argues that all human jobs will be obsolete by 2045,” Markoff observed. “Which group is right?”

If Peter Drucker were around, I don’t think he’d hesitate to serve up an answer: Neither.