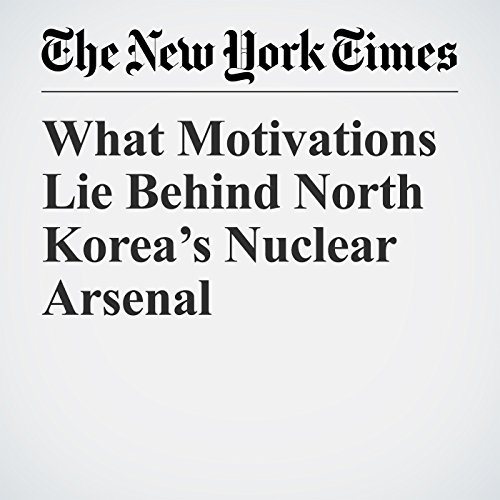 What does Kim Jong In want?That remains far harder to answer than the technical questions about Kim’s bombs and the reach of his missiles that have preoccupied American, Japanese and South Korean intelligence officials for years.

"What Motivations Lie Behind North Korea’s Nuclear Arsenal" is from the September 03, 2017 World section of The New York Times. It was written by Motoko Rich and Davd E. Sanger and narrated by Keith Sellon-Wright.