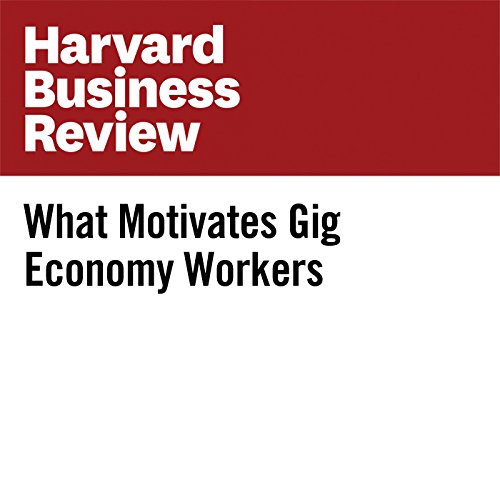 The gig economy workforce is growing. A new Pew Research Center survey on the sharing economy shows that 8% of American adults earned money from an online employment platform in the last year across industries, such as ride hailing, online tasks, and cleaning/laundry. These gig economy workers are driven by a range of motivations, from lacking other jobs to wanting control over their schedule to seeking social connection. But there are big differences separating those who are more financially reliant on gig work (56% of workers surveyed) and “casual” gig workers (42%) who report that they could live comfortably without the additional income. While gig work is a necessity for some, it is a luxury for others.

"What Motivates Gig Economy Workers" is from hbr.org, published on November 17, 2016.