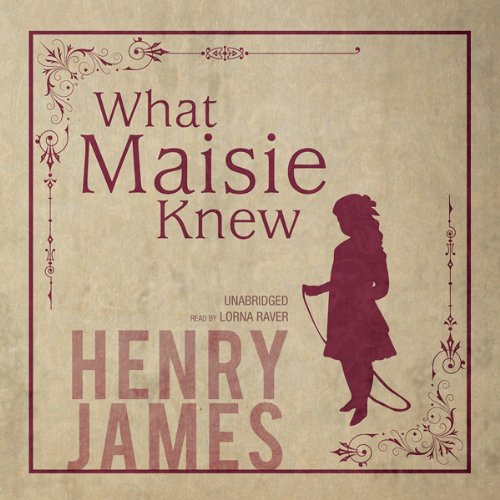 In this classic tale of the death of childhood, there is a savage comedy that owes much to Dickens. But for his portrayal of the child’s capacity for intelligent wonder, James summons all the subtlety he devotes elsewhere to his most celebrated adult protagonists.

In the aftermath of an acrimonious divorce, young Maisie Farange finds herself shuttled back and forth between her father and mother and their new spouses, all of whom are monstrously self-involved. Neglected and exploited by everyone around her, Maisie herself becomes a pretext for sexual intrigue when her stepparents become attracted to each other. As Maisie opens her young eyes on this distinctly modern world, the death of her childhood provides Henry James with a vehicle for scathing social satire.

HENRY JAMES (1843–1916), American novelist, short-story writer, and man of letters, was born in Washington Place, New York, to a family of distinguished philosophers and theologians. He attended schools in New York, Boston, and throughout Europe, where he later settled. A major figure in the history of the novel, he is celebrated as a master craftsman who brought his great art and impeccable technique to bear in the development of abiding moral themes.