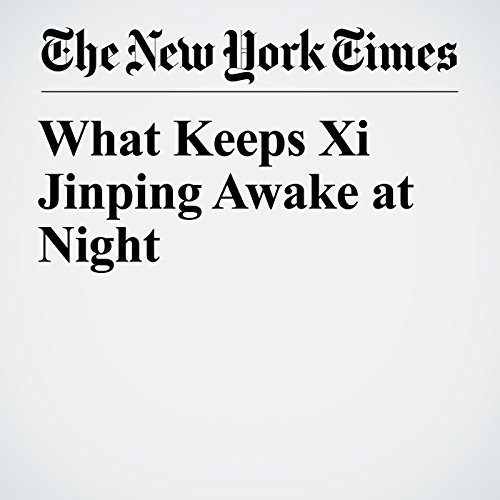 BEIJING — As the leader of the world’s most populous country and biggest Communist Party, China’s president, Xi Jinping, has plenty to worry about, and a new book sheds light on what probably keeps him up at night.

"What Keeps Xi Jinping Awake at Night" is from the May 11, 2018 World section of The New York Times. It was written by Chris Buckley, Paul Mozur and narrated by Barbara Benjamin-Creel.