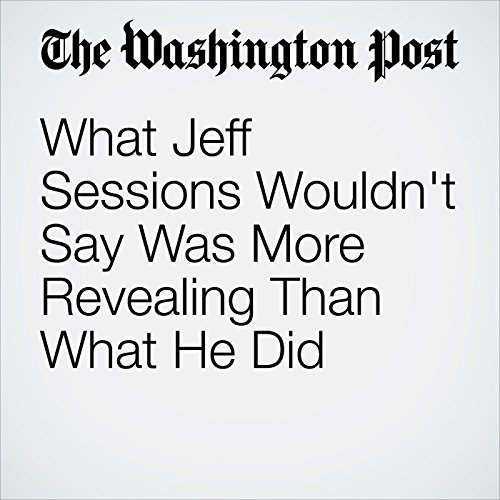 The attorney general set the tone early in his first appearance before the Senate Judiciary Committee since his January confirmation. “I can neither assert executive privilege nor can I disclose today the content of my confidential conversations with the president,” Sessions said in his opening statement.

"What Jeff Sessions Wouldn't Say Was More Revealing Than What He Did" is from the October 19, 2017 Politics section of The Washington Post. It was written by James Hohmann and narrated by Sam Scholl.