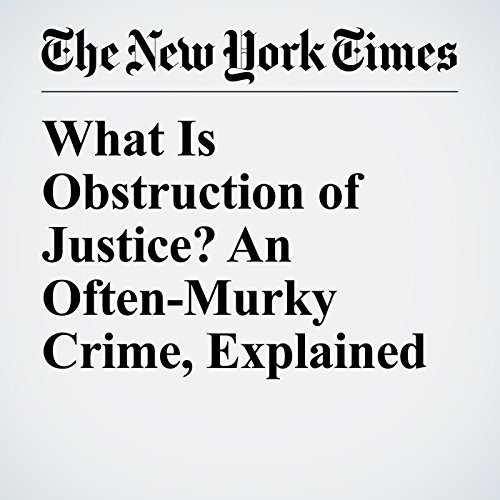 What Is Obstruction of Justice? An Often-Murky Crime, Explained

Tuesday’s report by The New York Times that President Donald Trump asked James B. Comey, then the FBI director, in February to drop the investigation into his former national security adviser, Michael T. Flynn, has fueled accusations that the White House is obstructing justice.

"What Is Obstruction of Justice? An Often-Murky Crime, Explained" is from the May 16, 2017 U.S. section of The New York Times. It was written by Charlie Savage and narrated by Kristi Burns.