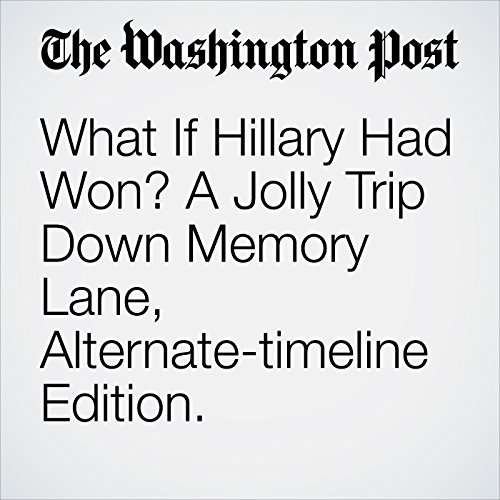 What if Election Day 2016 had gone a little differently? What if a freak snowstorm across the Rust Belt had kept rural Trump voters from the polls? What if Russia had read its psyops data wrong and pivoted its resources to Snapchat? What if James Comey had taken a closer look at those emails in late October and decided, eh, it’s probably nothing.

"What If Hillary Had Won? A Jolly Trip Down Memory Lane, Alternate-timeline Edition." is from the November 08, 2017 Lifestyle section of The Washington Post. It was written by Ben Terris, Dan Zak, Monica Hesse and Amy Argetsinger and narrated by Sam Scholl.