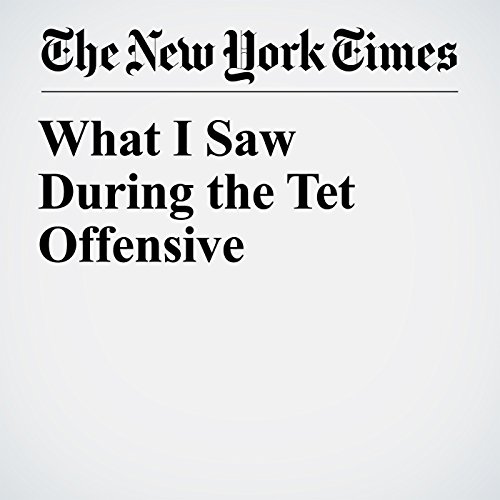 When I arrived in Vietnam in late December 1967, I thought we might be winning the war. Gen. William Westmoreland, the American commander in Saigon, had just given a speech in Washington stating that the end was beginning “to come into view.” As a 25-year-old Army captain assigned to be Westmoreland’s special assistant, I would be handling highly classified intelligence for him, as well as sensitive privacy communications we called the “back channel.”

"What I Saw During the Tet Offensive" is from the February 06, 2018 Opinion section of The New York Times. It was written by Joseph Zengerle and narrated by Kristi Burns.