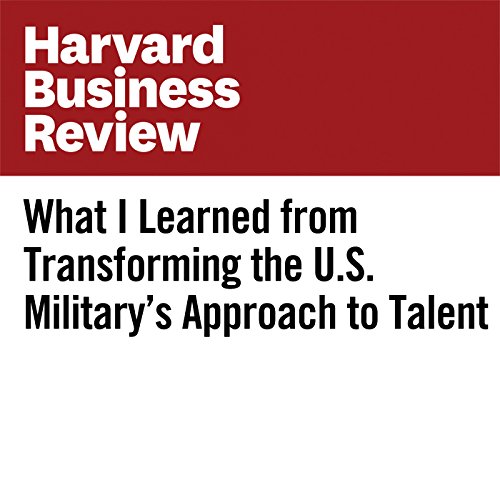 Even though the profession of arms is unique in many ways, I knew that to build the Force of the Future in a relatively successful economy, we were going to have to compete against some of America’s best employers, and so we sought to learn from them. We learned that we would need to change the way we used analytics and data and the way we managed our personnel processes. But more than that, we would need to make fundamental changes in how we attracted, developed, and advanced our talent, and how we helped the department’s people transition back to civilian life.

"What I Learned from Transforming the U.S. Military’s Approach to Talent" is from hbr.org, published on May 23, 2017.

Cosa pensano gli ascoltatori di What I Learned from Transforming the U.S. Military’s Approach to Talent