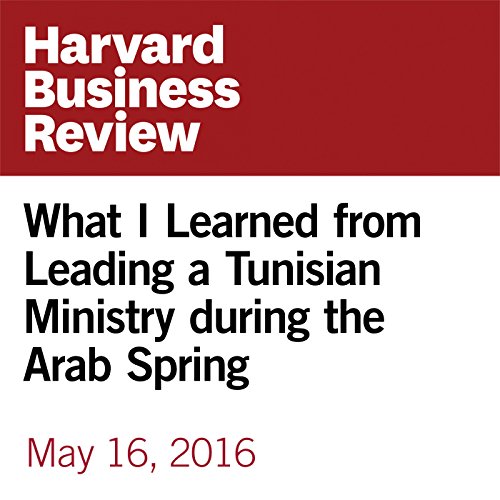 What would you do if you were offered a new job and were told you would be fired after one year, but would not be allowed to quit during your mandate? That you would be paid peanuts compared to your old, more comfortable job, and you would be harassed and bashed in the media constantly? And you wouldn’t be allowed to complain? You would probably say “no thanks,” right?

"What I Learned from Leading a Tunisian Ministry during the Arab Spring" is from hbr.org, published on May 16, 2016