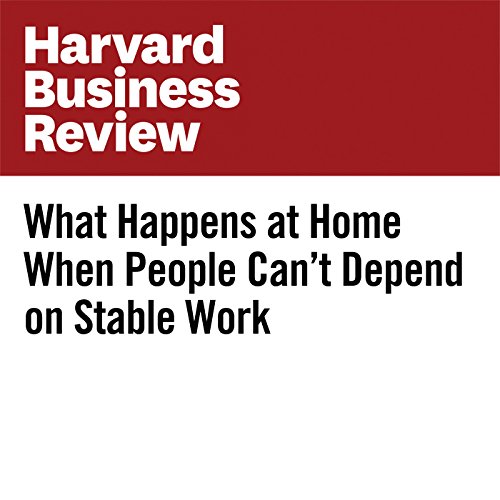 Recent research by economists Anne Case and Angus Deaton documents a dramatic rise in mortality rates among working-class white people in the U.S. The immediate causes of these “deaths of despair,” as the pair refer to them, are often factors like drug abuse, health problems like diabetes, and suicide. But these issues stem from a larger epidemic of job insecurity for Americans without a college degree, creating a sense of untethered hopelessness among millions of people. The problem is widespread enough that it led, in 2015, to the first overall decline in U.S. life expectancy since 1993.

"What Happens at Home When People Can’t Depend on Stable Work" is from hbr.org, published on April 4, 2017.