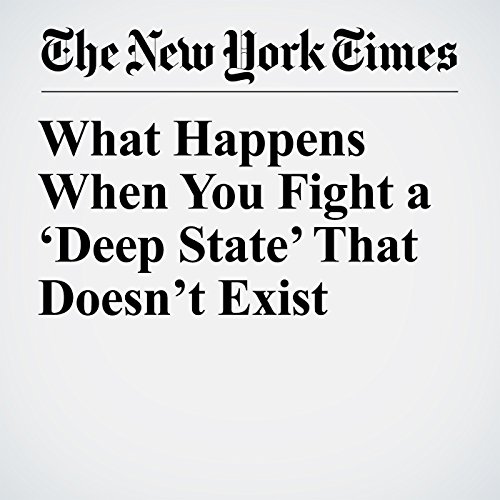 The Trump administration, in its fight against the “deep state,” could risk exacerbating the very problems it has pinned on shadowy bureaucratic forces: leaking, internal conflict and the politicization of institutions such as intelligence agencies.

"What Happens When You Fight a ‘Deep State’ That Doesn’t Exist" is from the March 12, 2017 World section of The New York Times. It was written by Max Fisher and narrated by Barbara Benjamin-Creel.