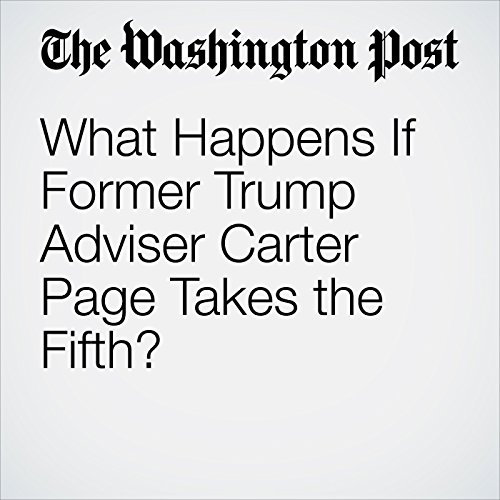 Former Trump campaign adviser Carter Page reportedly has informed the Senate Intelligence Committee that he will not agree to turn over documents or be interviewed and will assert his Fifth Amendment right to remain silent. What the committee does next may have implications not only for its own inquiry but also for the criminal investigation being conducted by special counsel Robert S. Mueller III.

"What Happens If Former Trump Adviser Carter Page Takes the Fifth?" is from the October 12, 2017 Opinion section of The Washington Post. It was written by Randall D. Eliason and narrated by Sam Scholl.