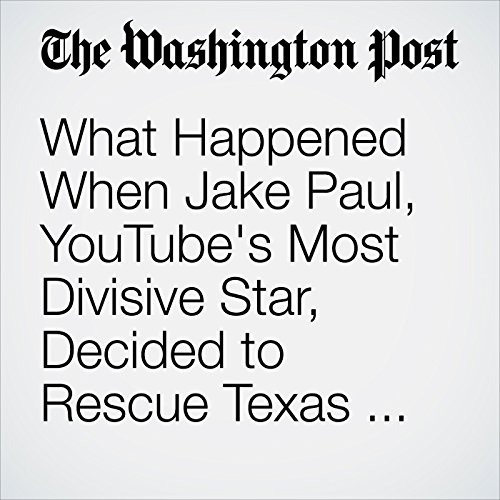 In a video to his 10 million YouTube subscribers Tuesday, Jake Paul laid out his plan: He was going to Houston to save it from Harvey. “I need your guys’ help. I need your power. I need your commitment. We have the chance to save thousands of lives and to show the world the power of social media.” The video was dramatically titled, “This might have to be my last vlog…”

"What Happened When Jake Paul, YouTube's Most Divisive Star, Decided to Rescue Texas From Harvey" is from the August 31, 2017 The Intersect section of The Washington Post. It was written by Abby Ohlheiser and narrated by Jenny Hoops.