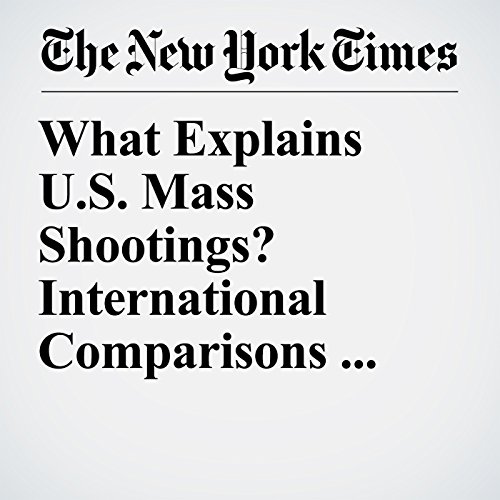 There is one quirk that consistently puzzles America’s fans and critics alike. Why, they ask, does it experience so many mass shootings? The explanations share one thing in common: Though seemingly sensible, all have been debunked by research on shootings elsewhere in the world. Instead, an ever-growing body of research consistently reaches the same conclusion.

"What Explains U.S. Mass Shootings? International Comparisons Suggest an Answer" is from the November 07, 2017 U.S. section of The New York Times. It was written by Max Fisher and Josh Keller and narrated by Keith Sellon-Wright.