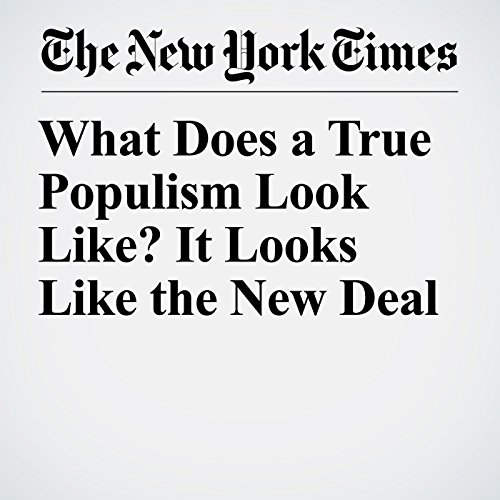 President Trump’s tough talk on trade and the tariffs he recently imposed on imported washing machines and solar panels, as well as the ones he threatened on foreign steel and aluminum, would seem straight out of the populist playbook. But in terms of targeting the real grievances of his popular base, they largely miss the mark.

"What Does a True Populism Look Like? It Looks Like the New Deal" is from the February 21, 2018 Opinion section of The New York Times. It was written by Dani Rodrik and narrated by Kristi Burns.

Cosa pensano gli ascoltatori di What Does a True Populism Look Like? It Looks Like the New Deal