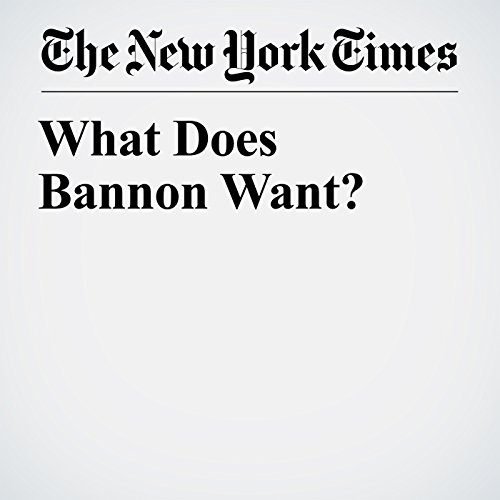 President Donald Trump presents a problem to those who look at politics in terms of systematic ideologies. He is either disinclined or unable to lay out his agenda in that way. So perhaps it was inevitable that Trump’s chief strategist, Stephen K. Bannon, who does have a gift for thinking systematically, would be so often invoked by Trump’s opponents. They need him not just as a hate object but as a heuristic, too. There may never be a “Trumpism,” and unless one emerges, the closest we may come to understanding this administration is as an expression of “Bannonism.”

"What Does Bannon Want?" is from the February 26, 2017 Opinion section of The New York Times. It was written by Christopher Caldwell and narrated by Keith Sellon-Wright.