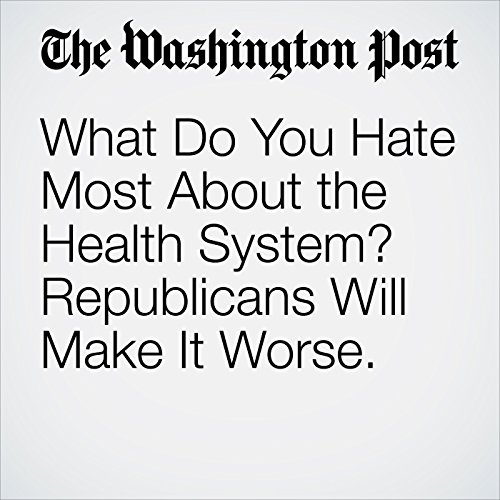 As they try to stop Republicans from repealing the Affordable Care Act, Democrats have a few central arguments they’re making to explain why repeal would be so catastrophic, none more vivid than the simple fact that Republicans plan to kick somewhere between 20 million and 30 million Americans off their health coverage. This argument has the benefit of being true, and unlike many of the details of health reform, relatively easy to understand.

"What Do You Hate Most About the Health System? Republicans Will Make It Worse." is from the January 09, 2017 Opinion section of The Washington Post. It was written by Paul Waldman and narrated by Sam Scholl.

Cosa pensano gli ascoltatori di What Do You Hate Most About the Health System? Republicans Will Make It Worse.