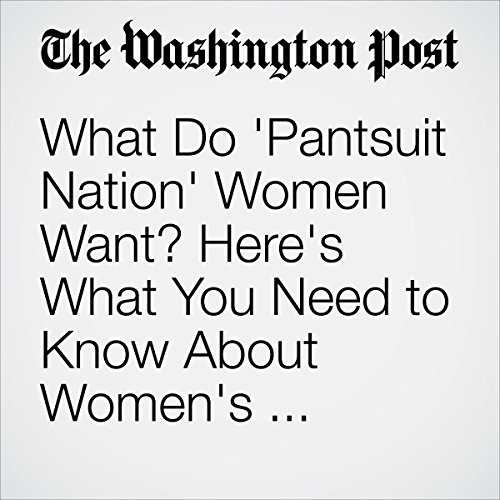 When that hope was dashed, many members created local and state Pantsuit Nation pages, with the idea of fighting the incoming president. National Pantsuit Nation leaders stopped that local organizing under the Facebook group’s name, explaining that they were forming a 501c(3) organization and could not lobby. Many activists scrambled to form replacement groups such as Together We Will, Action Together Network and Suit Up Action Network.

"What Do 'Pantsuit Nation' Women Want? Here's What You Need to Know About Women's Movements." is from the January 19, 2017 Politics section of The Washington Post. It was written by Lori Poloni-Staudinger and narrated by Jenny Hoops.

Cosa pensano gli ascoltatori di What Do 'Pantsuit Nation' Women Want? Here's What You Need to Know About Women's Movements.