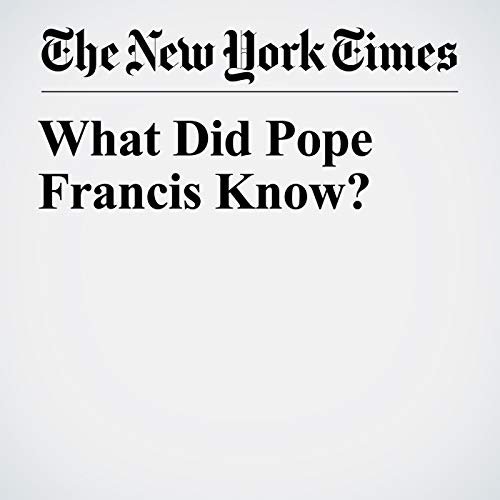 During the Catholic Church’s synod on the family in Rome in 2015, a rough-and-tumble affair in which Pope Francis pushed the assembled bishops to liberalize Catholic teaching on remarriage and divorce, one of the attendees, by the pope’s own invitation, was the retired Belgian Cardinal Godfried Danneels.

"What Did Pope Francis Know?" is from the August 28, 2018 Opinion section of The New York Times. It was written by Ross Douthat and narrated by Keith Sellon-Wright.