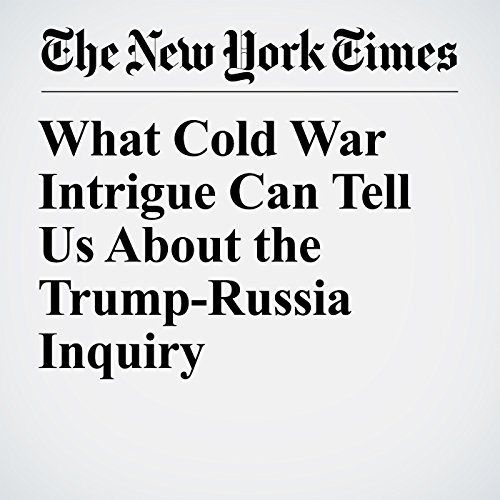 It began with evidence of a breach of the Democratic National Committee’s computers and has now evolved into a sprawling counterintelligence investigation to determine whether there was any coordination between members of Donald Trump’s presidential campaign staff and the Russian government, perhaps even influencing the 2016 election.

"What Cold War Intrigue Can Tell Us About the Trump-Russia Inquiry" is from the March 29, 2017 World section of The New York Times. It was written by James Risen and narrated by Caroline Miller.