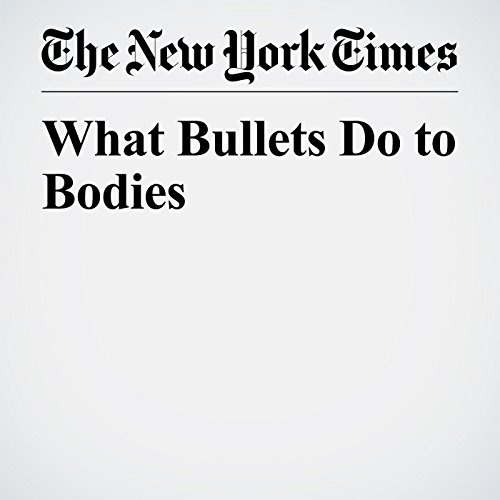 This is in contrast to expanding bullets, especially if shot from an assault rifle, which can discharge bulletsmuch faster than a handgun. Once they enter the body, they fragment and explode, pulverizing bones,tearing blood vessels and liquefying organs.

"What Bullets Do to Bodies" is from the June 16, 2017 Opinion section of The New York Times. It was written by Leana Wen and narrated by Keith Sellon-Wright.

Cosa pensano gli ascoltatori di What Bullets Do to Bodies