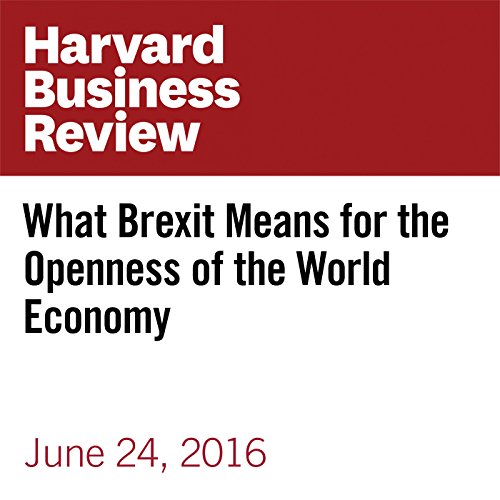 The UK is, without a doubt, the United States’ single most important ally. It retains an ability to project power globally vastly in excess of its relative size. In both direct military operations and the hidden world of intelligence, the UK contributes more than its share to global peace and stability and the successful functioning of the NATO alliance. So what does Brexit mean for this important relationship? Brexit, assuming that the Parliament does not exercise its right to overrule the voters, seems likely to be one of the most consequential events for America and the world since the end of the Cold War.

"What Brexit Means for the Openness of the World Economy" is from hbr.org, published on June 24, 2016.