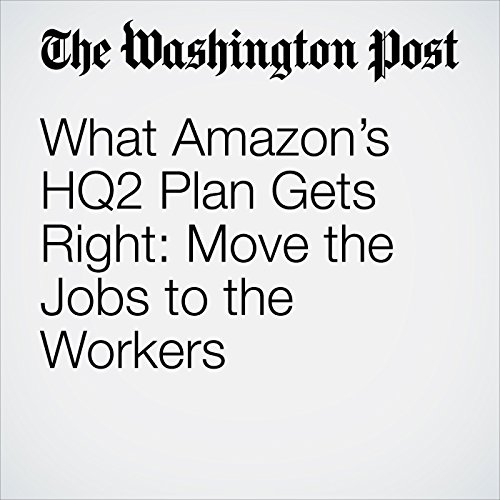 One disconnect in the American economy these days involves the thousands of high-paying jobs in cities such as New York, Boston, Seattle and San Francisco without workers to fill them. One culprit: housing shortages caused by zoning and other restrictions that make it impossible, or too expensive, for workers to move to these cities to take those jobs.

"What Amazon’s HQ2 Plan Gets Right: Move the Jobs to the Workers" is from the September 08, 2017 Business section of The Washington Post. It was written by Steven Pearlstein and narrated by Sam Scholl.