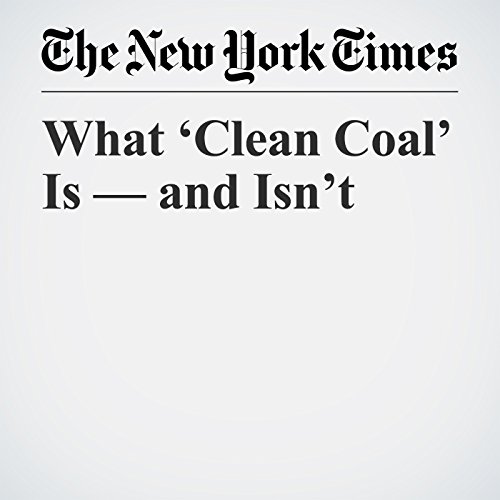 President Donald Trump often talks about “clean coal” in his speeches, but it is not always clear what he means by the term. Consider his comments at a rally in Phoenix on Tuesday night.

"What ‘Clean Coal’ Is — and Isn’t" is from the August 23, 2017 U.S. section of The New York Times. It was written by Brad Plumer and narrated by Keith Sellon-Wright.