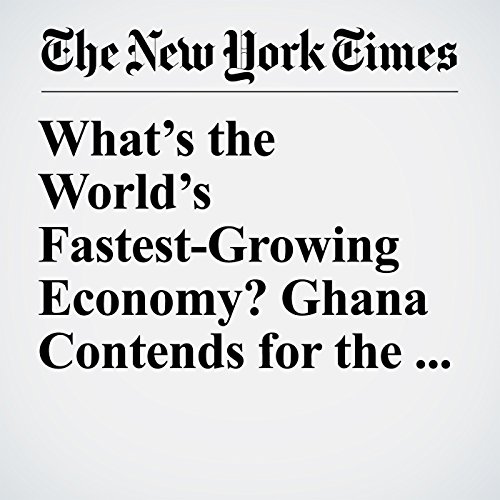 What’s the World’s Fastest-Growing Economy? Ghana Contends for the Crown

As recently as the 1980s, the West African nation of Ghana was in crisis, crippled by hunger after a series of military coups. But it has held peaceful elections since 1992, and its economic outlook turned considerably brighter about a decade ago, with the discovery of major offshore oil deposits.

"What’s the World’s Fastest-Growing Economy? Ghana Contends for the Crown" is from the March 10, 2018 World section of The New York Times. It was written by Tim Mcdonnell and narrated by Keith Sellon-Wright.