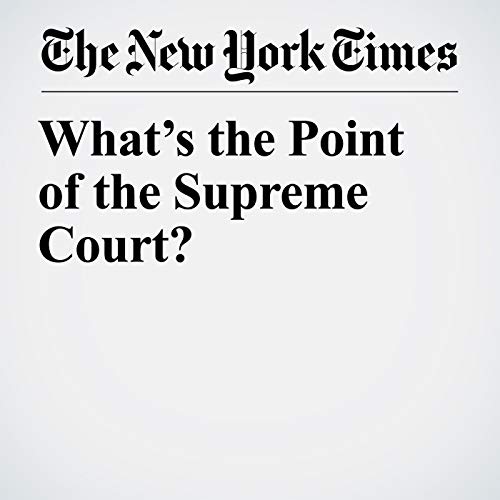 If you know beforehand how Justices will vote based on which President appointed them, then what’s the point of having a court that, in theory, operates above politics?

"What’s the Point of the Supreme Court?" is from the September 03, 2018 Opinion section of The New York Times. It was written by David A. Kaplan and narrated by Kristi Burns.